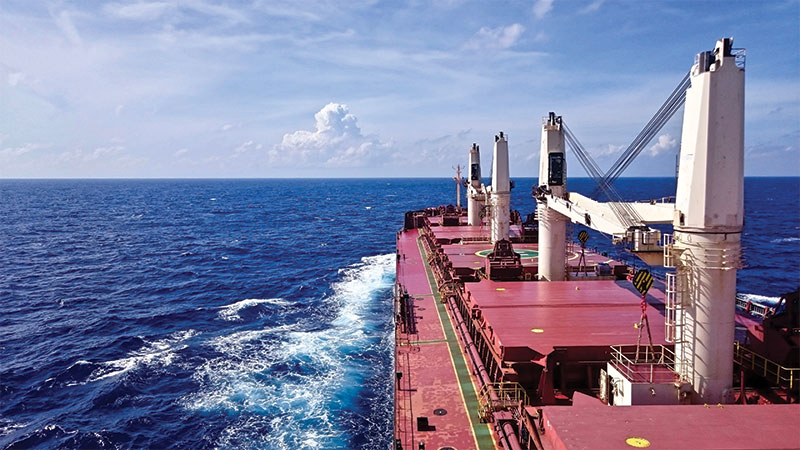 A Statement from Seatrek

Seatrek supports IMO 2020 and believes the whole shipping industry should as well. The IMO has a huge responsibility in making sure the shipping industry does its part to reduce sea and air pollution, not just oversea but overland. As responsible shipowners, we need to support this world organization and comply with the lowest sulfur fuel available to us. The new sulfur limit of 0.5% is not the floor; we need to push for fuels that contain 0.1% and less.

At Seatrek, this belief reflects a long-time family commitment. Seatrek was founded by a second-generation shipping company owner, Asifur Chowdhury. His father Sanaullah Chowdhury, Founder of Atlas Shipping was the first Bangladeshi ocean-crossing vessel shipowner in his country. The passion for shipping and the sea passed from father to son.

As important as shipping and the sea are to Asifur, he wants his legacy to include being about helping to bring a positive sea change from within the industry, one that will lead to true green shipping in the future. This includes new fuels that will lead to a massive reduction of pollution, new engines with greater efficiency, removal of plastics from the ocean, and true green ship recycling. Asifur believes his father would want to be part of these changes, too, and wishes he were here to be a part of it — so much so that he has dedicated a ship recycling think tank to his name known as atlasinitiative.org.

Since shipping evolved from sail to coal to bunker fuel, little thought or attempt to reduce emissions has been made until recently. In the early days, no one really understood the shipping industry’s inherent danger to human health and the environment. In international waters, ship emissions have been the least regulated part of global transportation, where the world’s 15 largest ships emitted more SOx than 760 million cars. Still, it took the creation of the IMO to regulate an industry that to date has been a significant part of the global pollution problem. Seatrek wants to join IMO as part of the solution.

Here’s why: A reduction in the limit for sulfur in fuel oil used on board ships will have tangible global health benefits, particularly for populations living close to ports and major shipping routes. The IMO estimates 570,000 lives will be saved from 2020 to 2025 just by following the 2020 sulfur-reduction mandate. IMO’s directive is not just about the pollution of the air above the sea and the ocean, it’s about the whole earth. In addition to saving lives, the IMO 2020 mandate will reduce acid rain impacting our food supply and so much more.

One of the areas that will be the most positively impacted by the IMO mandate is the Asia-Pacific region, home of Singapore-based Seatrek. That, of course, is important to us. At home, and wherever we travel, Seatrek is committed to our industry and the leadership of its future.

IMO 2020’s mandate to reduce sulphur is not just about the pollution of the air above the sea and the ocean, it’s about the whole earth. In addition to saving lives, the IMO 2020 mandate will reduce acid rain impacting our food supply and more.

Seatrek is committed to our industry and its future and plans to be a part of shipping’s eco-friendly sea change. Click here to read more about our green initiatives.